(The Night of the Virgin)​

At a New Year’s Eve party, Nico, a naïve twenty year old, sets out ready to lose his virginity at all costs that same night. In the middle of the party, his gaze crosses Medea, a cunning and attractive mature woman. The feeling is immediate, and Medea ends up taking Nico back to her apartment.

Once at Medea’s house, little by little Nico discovers that his hostess isn’t a current woman. Strange events start to take place… until, finally, what promised to be an epic sexual debut full of lust and lack of restraint ends up turning into his worst nightmare.

A nightmare full of blood, sweat… and varied discharges....extremely graphic and grotesque discharges.

The Night Of The Virgin - Teaser from PLATANOBOLIGRAFO on Vimeo. 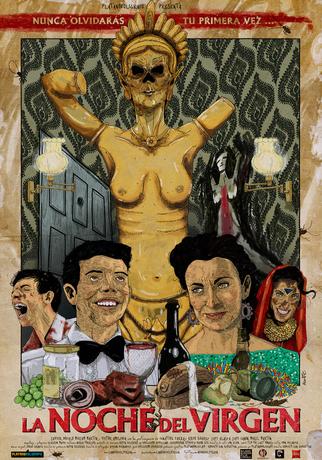